My Vote Doesn’t Count, So Who Cares: The Most Expensive Lie Ever Told 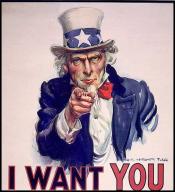 “At its core democracy rests on the vote. The vote is the primary tool for citizens to control their government. Through the vote citizens communicate information about their interests, preferences, and needs and make important decisions about who to elect to office. Nevertheless, most Americans do not vote when given the opportunity.” (Source)

Politics are something that I have always cared about. For the simple fact, being informed about politics, in my opinion, is the most American thing to do. It’s a part of my three tenets of being American: Say what you want, believe what you want, and vote to decide what moves America forward. However, in this day and age, politics, elections, and voter turnout is practically taboo and people roll their eyes when you bring it up. The mantra that your vote doesn’t count, rings true for many Americans. When Presidential or Gubernatorial elections seem so partisan, the elections makes it feel overwhelming true, but at least half of Americans still vote in those elections. However, that is not the case with local elections. It’s so scary how few people realize the importance of voting in their local elections. I currently live in Austin proper where in their last Mayoral election, only 8% voted. YES, 8%. (Source)   And in Los Angeles, the last mayoral election garnered only 12% of the vote.

Now let’s have a conversation about dollar and cents.

Austin’s general budget is roughly 850.6 million dollars, and a little over 3 billion dollars if you included the capital expenditures budget. So roughly 67, 000 people voted over who would have a significant amount of CONTROL over 860 million DOLLARS. If you put a dollar amount on it, each person’s vote was worth $12,700. Now in Austin, there are a number of initiatives to help young adults, low-income families, African- Americans, Hispanics to get out and vote; the local county elections division is offering programs such as early voting which provides voters with flexibility in voting times and locations. (Source)

Now in the City of Angels, their initiatives are going even further than Austin’s. On August 14, the Los Angles Ethics Commission voted for the City Council to consider paying people or giving incentives to vote. The voter turnout is so low, can you honestly blame them? (Source)

But here in lies my problem….

As the second largest city in the country, LA’s budget is 8.1 billion dollars, their voter turnout is 12%, and the big difference between Austin and L.A. is that they have had NUMEROUS examples of political corruption within their city departments and even in surrounding cities that are much smaller but still in LA county. They have been rift with corruption; city officials are embezzling and stealing tax payer dollars right in front of their eyes. Is anybody paying attention?

People are often enthralled with Presidential elections, when in fact local officials can have a greater effect on your day to day, and they control a large amount of money too! And we’re not just talking about large cities. There are plenty of American cities with populations, say the size of 45,000 people with budgets worth 30 million dollars! And school boards are in the same position. Earlier this year, in Beaumont, Texas, their independent school district went through a 4 million dollar embezzlement fiasco. (Source). So people aren’t turning out to vote, and their dollars and cents are being abused.

But we want to whine about campaign finance and that too much money is driving political campaigns and decisions on the both sides of the aisle, democrats and republican alike. We argue that the wealthy are shaping the national opinion, and the people who cannot afford to pay are left out. But we need to start thinking more about our tax dollars as our money and the leaders can be are voice, if we take the effort to choose them collectively. People want to complain about losing their money when taxes are raised or when a scandal breaks out, but let focus on the money before we lose or abuse it.

So why am I talking about this? Because I believe young people need to get involved in local politics, and not just the people who have political aspirations (which often is the case). But even more important as we focus on improving our cities there should be a new focus on creating a space where people want to be active politically. But it isn’t really about what I think; it’s about what’s not happening. Baby Boomers are aging, but are still controlling the majority of the decisions, and it will become more and more our responsibility to lead.

When given the opportunity to affect change, do we really take it? Do we care? Or do we just make excuses?

Back in the 2008 election, 131 million Americans cast a ballot for President, which was roughly 67% of voters. However, that left more than 15 million people who were registered but didn’t vote. Apathy was the biggest reason roughly 4 million registered voters didn’t vote; either weren’t interested or didn’t like the candidates. And some 2.6 million voters said they were “too busy” to vote. (Source)

And with statistics like that, it always make me think of the people who are unable to vote; Felons, single household families (men and women) who work two jobs and don’t have the time to vote or others who have no opportunity. Have you ever met a person whose boss refuses to let them go vote, and they can’t risk their job to fight it, I have and it’s heart breaking to hear how their rights are being violated, and explaining how it is their right to do, but in reality it’s a lost cause. So when I hear about our generation not voting, I think it’s time we change that, and let’s start locally.

If you’re an American, each and every one of your ancestor fought for our freedom and right to vote, for African- Americans and women even more so.  But our founding fathers didn’t fight and stand for our freedom and democracy for us not vote. Just think if they were as apathetic and pathetic as we are and didn’t care about the generations to follow, we could still be under British rule.